MPs have voted in favour of making Britain the first country in the world to permit IVF babies to be created using biological material from three different people to help prevent serious genetic diseases.

In a historic debate, the House of Commons voted by 382 to 128 – a majority of 254 – to allow mitochondrial donation through a controversial amendment to the 2008 Human Fertilisation and Embryology Act. They approved the regulation in spite of some critics warning it was a step towards creating “three-parent” designer babies.

The regulations will now have to be approved in the House of Lords, where they are likely to be passed.

MPs were allowed a free vote on the issue of conscience but both the Conservative and Labour front benches made it clear they believed it was an important scientific step forwards that did not amount to genetic modification.

Jane Ellison, the Conservative public health minister, told MPs the techniques provided in the regulations offered the only hope for some women who carried the disease to have “healthy, genetically-related children” who would not suffer from the “devastating and often fatal consequences” of mitochondrial disease. She said mitochondrial DNA made up 0.054% of a person’s overall DNA and none of the nuclear DNA that determined personal characteristics and traits. 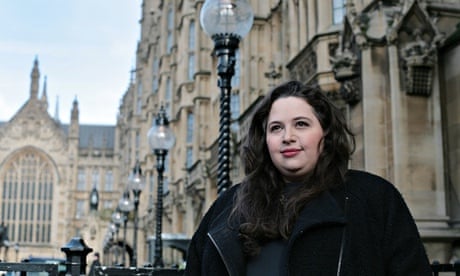 Critics of the motion had been given hope of defeating it after the Church of England and the Catholic Church in England and Wales said it was not yet clear that the technique was safe or ethical.

“I believe the regulations before us today fail on both counts, ethics and safety, and they are inextricably interlinked,” she said. “One of these procedures we are asked to approve today, pronuclear transfer, involves the deliberate creation and destruction of at least two human embryos, and probably in practice many more, in order to create a third embryo which it is hoped will be free from human mitochondrial disease.

“Are we happy to sacrifice two early human lives to make a third?”

Several other MPs objected to the shortness of the 90-minute period for debate, saying a subject of such ethical controversy should be given more time for consideration. However, the minister said mitochondrial donation had been subject to extensive scrutiny for years and it was now time for MPs to vote.

Andrew Miller, the Labour chairman of the science and technology committee, urged his colleagues to back the “overwhelming interest” of those families who have suffered from mitochondrial disease.

“I put it to this house that the benefits to those – about 2,500 families – affected by mitochondrial disease up and down this nation, they deserve the support of this house because of the potential benefits,” he said. “Yes, of course, we’ve got to assess the risks as we do with all risks but they’ve got to be done in a rational and balanced way.”

Mitochondrial diseases are caused by genetic faults in the DNA of tiny structures that provide power for the body’s cells. The DNA is held separately to the 20,000 genes that influence a person’s identity, such as their looks and personality. Because mothers alone pass mitochondria on to children, the diseases are only passed down the maternal line.

Around 40 scientists from 14 countries have urged the British legislature to approve laws allowing mitochondrial DNA transfer.

The “three parent” IVF therapy, which could help to eliminate certain incurable genetic diseases, involves swapping a fraction of a mother’s DNA with that from an anonymous female donor.
Around 100 children each year are affected by genetic defects in the mitochondria and in around 10 cases the defects cause severe illnesses such as liver failure, muscle wasting, blindness and brain damage. 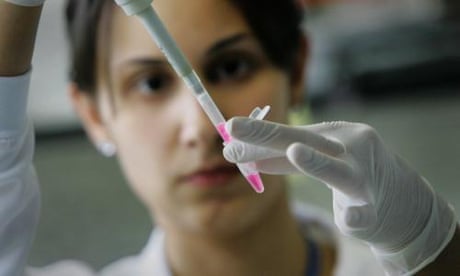 ‘Three-parent’ babies explained: what are the concerns and are they justified?

The mitochondria sit outside the nucleus of cells and contain tiny quantities of DNA. Mitochondrial genes provide the cells’ energy, rather than conferring inherited traits such as appearance, intelligence or personality, and are sometimes referred to as cellular “batteries”.

The mitochondria are passed down the maternal line, meaning that any mutations are guaranteed to be passed on to the next generation.

However, scientists will now legally be able to prevent this happening by taking two eggs, one from the mother and another from a donor. The nucleus of the donor egg is removed, leaving the rest of the egg contents, including the mitochondria, and this is replaced with the nucleus from the mother’s egg. This can be carried out either before or after the egg is fertilised with sperm.

Technically the baby would have three biological parents, with 99.8% of genetic material coming from the mother and father and 0.2% coming from the mitochondrial donor.
Dr Jeremy Farrar, director of the Wellcome Trust, said: “Families who know what it is like to care for a child with a devastating disease are best placed to decide whether mitochondrial donation is the right option for them. We welcome this vote to give them that choice, and we hope that the House of Lords reaches a similar conclusion so that this procedure can be licensed under the UK’s internationally-admired regulatory system.”
Prof Alison Murdoch, head of Newcastle Fertility Centre at Life, which has pioneered the IVF technique, said: “This is good news for progressive medicine. In a challenging moral field, it has taken scientific advances into the clinic to meet a great clinical need and Britain has showed the world how it should be done.”